Our life is incomplete without the slang words yaar, jugaad, funda, chamcha and many more. Even the words with an emblematic South India flavor “aiyo” (which is expressed with a magnificent range) is commonly used by us. Indian phrases along with various Indian delectable like keema, puri, gulab jamun are now an authorized English words and had made entry into the Oxford Dictionary, as part of the newest inclusion of words to its account. Till now, more than 850 words accredited to Indian English have been added to the database of dictionary, making us proud as an Indian. Indian food has been famous worldwide and so as the Indian words, therefore it is not the first time that an Indian term found its place in the renowned dictionary, in the past also many India words have been part of the esteem dictionary.

From forms of address to various delectable, 900 words were included in the dictionary, out of which, 70 Indian words have made their entry into the Oxford dictionary, making Indians swell with pride. Each year a range of jargons, abbreviations, dialects ad colloquial words are introduced in the Oxford Dictionary as approved new phrases for people to implement in their day to day life. The recent introductions comprise of Urdu, Telugu, Gujarati, Tamil and Hindi language. In the year 2018, the list included words such as surya namaskar, bapu, achcha and dadagiri. The current endearing Indian phrase such as bus stand, chawl, shaadi, auntie, FIR, temp, dabba are included in the Oxford Advanced Learner’s Dictionary.

In 2019, the word “climate emergency” was selected as the word of the year, considering into account the deterioration of climate across the globe. There were few words nominated for the same like climate denial, extinction and eco-anxiety. The Oxford Dictionary keeps making modifications for over a several decades, forecasting the learning needs of the people. The major norms for including new phrases is the popularity and the frequency of it usage on a regular basis. The latest edition helps the learners by offering improved, more precise and comprehensible explanations with instances, usage and added information. Here are some of the editions:

1.Bhel puri: This word came as a surprise, in fact, there are plenty of words which really startled me, when I saw them in the dictionary itself. Bhel puri is a famous Indian street food. The dictionary defines it as, An Indian delicacy made of puffed rice, spicy chutney, onions and flavors.

2. Dhaba: The term Dhaba is commonly known a roadside eating joint, where travelers will stopover to have snacks or paranthas loaded with butter or a kadak chai. But, today it is not just confined for halts, but people specially make an outing plan to have food at these dhaba’s. In Oxford dictionary the word Dhaba has been described as a noun and is described as “In India or in Indian surroundings: a food stall or eating joint at a highway.

3. Pukka: This word is also used in Britain as a slang which means first-rate or brilliant. Last several years the word Pukka has become very prominent. TV chef, Jamie Oliver made the word a “catchword”, since then it rose to fame. There are 3 different explanations of the word in the Oxford dictionary (honest, outstanding, of or suitable to high or respectable society) which is nowhere close to how we Indians use it.

4. Churidar: The most common India outfit has made its entry in the Oxford dictionary, which describes it as “skin tight trousers made with extra clothing’s at the bottom of the legs, which falls in pleats around the ankles, usually worn by individuals from South Asia”.

5. Badmash: Who could imagine the word “Badmash” would also be included in The English dictionary someday, which defines it as “a deceitful or unprincipled man”. 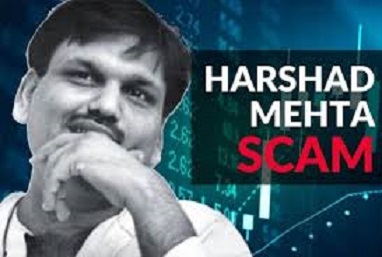