Hair transplant – Can you visualize your favorite actor with a visible scalp? What if I ask you to imagine them bald?Hard to imagine right? But you will be flabbergasted to know that several top celebrities were concerned about their thinning hair and had to undergo hair repair treatment.

B-Town celebs have a plenty of advantages, concealed up in intense plight. Looking good all the time is a 24 by 7 tasks. With a lot of new technology emerging every single day, it has become notably effortless for them to camouflage their appearance. Money for them is not even a factor, therefore spending millions to have that picture-perfect look and a million-dollar smile is worth the effort. Even actor’s experience depression, over exertion, financial matters, relationship issues etc etc.

Many Bollywood actors have suffered predicament of baldness, weakening of hair, disappearing hairline and many other hair problems. Being a public figure, the Bollywood biggies are constantly under the radar for their fashion statement, hair style, clothing. The actors are constantly photographed and have to make several public appearances, therefore, to cover any flaw is next to impossible. An actor has to look impeccable and perfect to be precise. Looking younger is a continuous effort and for that some of them have gone through hair transformations to look dashing and evergreen. The hair transplant has returned their youth back and a result, their hair looks real and natural.  Here are few Bollywood actors who underwent hair transplant surgery:

A lot of financial loss, volatile career and bankruptcy lead to hair loss. There were rumors round the corner that Amitabh Bachchan wears a wig. But the audience was shocked to see him in Kaun Banega Crorepati in the year 2000 with an entirely new look and a head full of hair. Amitabh Bachchan had gone for a hair transplant surgery FUT and with the gain of hair, he also bagged amazing roles which changed the game for him.

Salman is considered as the most handsome Bollywood actor. The Dabang star was also experiencing hair loss and had undergone several hair transplant procedures. He started losing hair in 2002 and had failed many sessions of FUE hair transplant procedures between 2007 and 2016. He was spotted with several scars due to surgery and eventually, he got his restorations from Dubai which went well.

Akshay Kumar also had to deal with hair loss after crossing 40’s. Therefore, he started flaunting a crop hairdo for a very long time, but his bald spot was quite noticeable. There were rumors that he has started wearing wig as well, but later he opted for a surgical treatment, before his condition could spiral beyond control. With the visible change in his hair, he also looks dashing day by day.

Kapil Sharma, the famous comedian also faced the hair fall challenge and his hair loss story became the talk of the town. The Kapil Sharma Show made him a household brand, there was an extreme pressure on him to look good all the time. Finally, he opted for a hair transplant surgery to find a permanent solution for his male pattern baldness condition. His new look has surprised everyone and lifted his career as well.

The Munna Bhai starrer had to go for a FUT i.e. Follicular Unit Transplant as his disappearing hairline became a cause of worry. In the movie, ‘Agneepath’ he flaunted a bald look and later he went for the surgery as it was impacting his career in Hindi Cinema. His dense and shining hair is the outcome of the fruitful process, that he did long back ago. 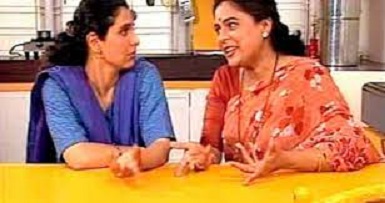