With the bounce of unfortunate events happening in 2020, it has become the worst year in the history. The entire globe is battling the coronavirus pandemic and on the other side, it’s not less than a nightmare for our very own Bollywood industry, as many performers have taken suicidal steps. Despair, mourning, dissuasion, cynicism and sorrow are the identical words used to define “Depression”. In fact, the word, “Depression” is more like a fashion statement and used very commonly even by school going kids for whom depression is, parents not letting them watch cartoons. It really boggles my mind when I see how this word has been universally accepted as a serious mental condition. People often use words like stress, anxiety, tension, mood swing to define their state of mind.

We generally relate fame, name and money with mental peace and happiness. It is very unlikely to even imagine that a wealthy person can be depressed. Our usual thoughts will be “itna paisa hoke bhi depressed hai”, which is actually a farce. It is a kind of a grave mental order which has taken a toll over zillions of lives and a major reason behind many people committing suicide. Last several months due to the Covid 19 lockdown, the shootings of the movies came to a standstill, people were without work, big releases were postponed for an indefinite period. The industry has completely gone Topsy turvy, other than the huge financial loss it has beheld enormous emotional impairment as well. The blasphemy of suicide has spooked the entertainment industry. Here is some Bollywood artiste who lost their lives to Depression:

The actor committed suicide on 14th June at his Bandra residence in Mumbai. MS Dhoni starrer Sushant was the most promising actor of the Bollywood. He debuted from the movie Kai Po Che in the year 2013, which marked his entry in the Tinsel town. Rajput was applauded for his acting skills in movies such as Chhichhore, MS Dhoni, Kedarnath and Sonchiriya. His fans are still not able to come to terms with his sudden demise. There is a war going on in the industry throwing the light on the cruel side of the Bollywood industry i.e. Nepotism. There is another angle to the story and Sushant’s family has filed an FIR against his girlfriend Rhea Chakraborty for abetting his suicide.

Indian Television actress Preksha Mehta was found dead in her Indore residence. She hanged herself from a ceiling fan on 25th May. Preksha was doing well for herself and had multiple shows in her kitty such as Crime Patrol, Meri Durga and Lal Ishq. She was also part of the movie Padman. Preksha was worried about sitting at home ideal and supposedly committed suicide due to lockdown extension. She was suffering from depression as all shoots had come to a standstill. A suicide note was found expressing; she was disappointed with her career.

TV actor Manmeet Grewal, who has acted in serials like Kuldeepak and Aadat se Majboor surrendered to death at his Navi Mumbai residence. The actor was out of work during lockdown and had a lot of financial stress.

Yeh Rishtey Hain Pyar Ke starrer, Sameer Sharma hanged himself in his Malad home, Mumbai on 4th Aug but the news became public after two days. The popular actor has acted in several TV serials like kahani ghar ki, jyoti, left right left to name a few. No suicide note was found in the house by the police.

Disha Saliyan was the ex-manager of late actor Sushant Singh Rajput. She committed suicide on 8th June by jumping from a high rise building in Malad, Mumbai. Disha was reportedly upset as two of her projects failed and she suffered a financial loss of Rs.40 lakhs.

The lockdown turned out to be a major reason behind stress and mental disorder and the Bollywood industry has shattered witnessing the death of these stars. 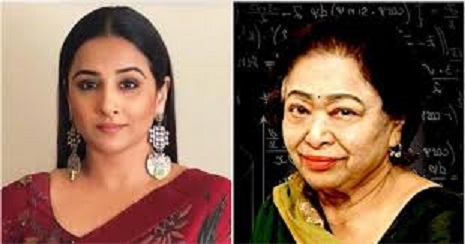 How to Protect Yourself From Coronavirus When You Go Out in a Public Place? Easy Tips to Keep Your Skin and Hair Healthy in Monsoon