They were also being broadcast from servers outside the country. The police claim, that Kundra had links with such companies and Umesh Kamat, that uploaded such adult content, had put him in trouble. Umesh is a similar individual who transferred 8 pornography recordings through applications utilizing Raj Kundra’s office hardware, who is under arrest.

Statement made by Sagarika Shona Suman

When Raj Kundra’s arrest was made, a model named Sagarika Shona Suman made a statement that she was also offered the role in a web series by Raj Kundra in Aug 2020. She claimed that she was asked to do a nude audition within the sight of three individuals and one of them was purportedly Raj Kundra. Umesh Kamat had offered her the web series.

Since his arrest, a scene of Kapil Sharma’s show circulated around the web, where Kapil asked, Raj Kundra – “Bina Kuch kiye paise Kaise kamate ho AAP (How would you bring in cash without taking any kind of action”, since you are consistently on retreat or playing football with B-town stars, and so forth To this reaction, Raj, Shilpa, and Shamita Shetty began snickering.

Raj Kundra spent the entire night under police custody and had applied for anticipatory bail. The court will settle on the bail application one week from now. Raj has denied all offenses and charges against him. He claims that he had exited from the start-up and has nothing to do with it. He even said that all the relevant documents related to the exit from the company have been provided to the Mumbai police already. Also, has no association with the sexual entertainment racket.

The case has made headlines since his arrest as pornography is illegal in India. Kundra has been booked under IPC i.e. Indian Penal Act, obscenity, the Information Technology Act, and the Indecent Representation of Women (Prevention) Act.

Not the first time

This is not the first criminal accusation against Kundra. In 2013 also he was arrested by Delhi Police for the IPl scandal. He was blamed for wagering and prohibited for a lifetime for any cricket-related activities. Raj and Shilpa owned the Rajasthan Royals team.  Poonam Pandey additionally recorded a criminal charge against Kundra earlier this year. She said that Kundra’s organization dealt with her application and after she ended the agreement, they kept on posting her photos and recordings on the web. To this response, Kundra said that he had left the organization in 2019 and has no association. In 2019, Raj was grilled by the Enforcement Directorate regarding the money laundering case.

Kundra’s 2012 tweet is circulating around the web since his arrest, which says 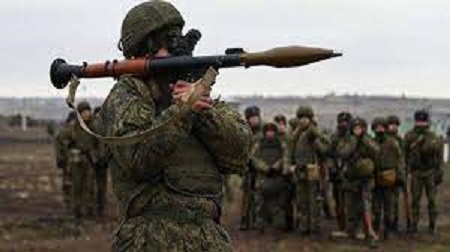