Asim Riaz, a not so known face has made his name through Big Boss 13. The model from Jammu has been featured in many commercial ads like Blackberry’s Numero Uno, B’lue and many more and he is currently a contestant in Big Boss 13. This is first TV debut. His journey is Big Boss has been exceptional. He is in the limelight either for his performance in all the tasks or confessing is love for Himanshi Khurana or showing off his bare chest or his fights with Siddharth Shukla who use to be his close friend in the house. He has been loved by the masses and has a lot of fans supporting him on social media.

Asim’s fan started the trend on internet #UnstoppableAsim, which has supposedly crossed 1 million tweets and this has beaten the records of past contestants of Big Boss like Shilpa shinde and Gautam Gulati. He is one of the contestants who have stolen the hearts of his audience and high chances he may win the show. No one knew him before but because of his sincere and honest approach he has become the most popular contestant. He is giving tough competition to Siddharth Shukla. Asim Riaz should really thank his stars for getting an opportunity to be a part of Big Boss as he is charming more and more fans and increasing his fan club.

Now, there is another feather in his cap. He has made it to the list of 50 sexiest Asian men in the world. He is on the same list as Hrithik Roshan, Shahid Kapoor and Virat Kohli. He is ranked 24th on the list. He has an amazing body with a lot of girls keeping an eye on his 8 pack abs and bare chest. This list comes after a complete survey and votes accumulated from fans around the world.

There was a time when he and Siddharth Shukla were good friend in the house but now they are merely competitors and has left their friendship behind. He recently has confessed his love to Himanshi Khurana and tries his best to make her feel special. Asim thanked Himanshi Khurana for coming in his life and showing him what true love is. He also told Himanshi that with her being around, he is concentrating on the show more and wants to win. Although the house becomes a bit of stressful but because of their romantic moments the viewers remain entertained. No doubt, Asim is the strongest contestant in the Big Boss 13 house.

Big Boss 9 winner Prince Narula praises Asim and  also said in an interview that he see himself in him and takes a stand on every issue. Asim when entered in the house appeared to be a weak contestant but with his attitude he has made a name in the Big Boss house and outside as well. Kudos, to this young lad for playing very well and constantly he is getting audience support.

Guys, what do you think about Asim? Do you think he has all the chance to win the game? Share your views in the comment section. 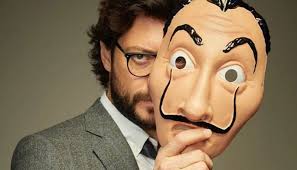 Money Heist – The Professor the Most Desired Character of the Show