VOTE – Why it is Essential to Vote?

VOTE – Why it is Essential to Vote? Which party you are going to vote this election?

Well this was the most asked question to me when I was about to hit the age to vote I.e., 18. But my mind was full of ambiguity and I was dealing with different set of questions like Why should I vote? Does it really matter to vote? Does my vote really matter? At that point of time one thing I was sure of that they all are going to loot us once they come to power.

I was never a fan of politics in fact it was a terminology which was nowhere in my dictionary. I read it somewhere long back that “everyone is nude in politics” and that hit me so hard that I decided not to vote or if I will have to vote I will hit the NOTA (None of the above). Somehow I started getting answers to my above mentioned questions?

A tragedy happened in my family my uncle got expired due to health issues in 2006, my aunt became widow with 3 small kids and there was no other source of income. She was also completely broke financially and mentally. We all use to live in a joint family so my father alone became a caretaker of them. My aunt was seeking to get a widow pension from government.

Being the eldest amongst all the siblings I went along with her everywhere for filling up the forms, completing the formalities and tried my best to understand the procedure so that she can get her rights. We kept on visiting MLA’s office and Municipal Counsellors infinite times but no one was willing to help or guide. They kept on sending us from one office to another and so on. It was a stage when I felt helpless and agitated with the system.

I still remember just before elections how everyone came to our colony. They promised that if they will win they will support the widows and senior citizens in getting the pensions. But when the time came everyone shrug their shoulders and didn’t help at all. I decided then and there  that from now on I am going to cast my vote in the next election and will give vote to the person whose track record is clean and someone who is actually going  to do all the things needed in their constituency. If someone will visit my colony Iam going to raise questions like how they are going to fulfil the things they are promising in their manifesto? One thing was sure they need my vote that is the reason they are here so I have all the rights to ask my questions.

At the time of election, the Election commission comes up with various public awareness camps. They encourage maximum voter’s participation because every vote matters. They make sure that everyone comes to the polling booth on the day of the election because voting is very essential for a healthy  democracy and it’s a moral and  a social responsibility of people to nurture our democracy  and vote every time.

Let me tell you simple math.

Let’s take an example and consider a country has 100 citizens and out of those 100 only 60 % are the ones who feel they have a social responsibility towards the country and rest are the ones who don’t care.

Now every time in general elections the average voting percentage is 60%to 70% only. It means that 30% to 40% are the ones who don’t cast their vote. Out of these 60 to 70% who has voted; the fate will also be decided by the 31% to 36% of the total population; because of this sometimes the non deserving candidate gets elected in their constituency.

Now if those 30 to 40% people who didn’t vote would have voted the result could have been different. People suffer because there is no ownership towards their country.  First they won’t vote and later they also will curse the system and the country.

Right to vote is important for a stable and democratic government. It is essential for a responsible government. One should vote to make their voice heard.

Right to vote is important for a stable and democratic government. It is essential for a responsible government. One should vote to make their voice heard.

So I feel everyone should cast their vote for the person who is willing and capable to change their situation in the next 5 years. So the right person comes in power and performs their duties which they are supposed to.

It’s time to wake up and smell the coffee and get out of your house this election and cast your vote in the name of the democracy so that no goons wins the election. It has to be you; our democracy and the spirit of India win this time. Make your vote worth counted. 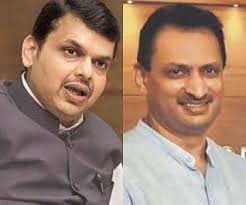