Why Hindu temples are controlled by the State?

Why Hindu temples are controlled by the State? Before I say anything on this topic, let me throw some light on what secularism means, it is the principle of dissociation of the state from religion institutions. It makes sure that the religion groups don’t interfere in affairs of the state, and the state doesn’t interfere in the religious affairs. India is a secular democracy but the irony is state government can acquire Hindu temples, their properties, hundi collection and donations which they have received and uses them for all other purposes even for non Hindu purpose. But when it comes to Mosque, Church and Gurudwara such an act is not applicable. The apparent question is, why should a state government only control Hindu places of worship?

As per Article 26 of the Indian Constitution, people of all religions have the freedom to manage their religion institution but Hindu’s are deprived of this freedom preserved in the country’s instituting documents. In the name of secularism state government has a right to take over Hindu temple is a complete hypocrisy. There cannot be different laws for different institutions. Hindu temples are the only institutions controlled by the state. If the Christians can have control on their institutions and other communities can have it then why cant Hindus have it?

This unabashed discrimination against Hindu temples is not acceptable. A good number of people have raised concern and started a campaign to let Hindus take care of their own institution and not the state government. This was a tradition, started by the Britisher’s wanting to dominate Indian Temples continues even today. The government continued to barge into the administration and rituals of only Hindu institutions. The donations we make in the temples are collected by the state and split among all sorts of political team. The term “Secularism” is big time misused. The money is taken from the temple and it is spent by the state in all sorts of schemes which may not benefit even the community from whom the money has been taken.

India is the only country where the majority religious community is being treated unfairly but a Mosque, a Church and a Gurudwara is not why? The government interferes in the management of educational institutions run by temple but it is not applicable to Mosque, Gurudwara and a Church why? Government of 5 sadan states manages 90,700 temples. Tamil Nadu temples trusts own 4, 78,000 acres of land. Tamil Nadu states government alone control 36,426 temples with billions of revenue is it secularism?

Narinder Modi pledged in 2007, that the prejudiced amongst beneficiaries based on religion will create a divide. There should be a principle of equality for setting up the criteria for flow of funds for various schemes. There is an immediate need to amend Article 26 to maintain secular character of the state.

Dr. Satyapal singh, BJP, MP has moved this bill “Rights of majority and minority communities must be equal”. The minorities have the right to establish and manage their educational as well as religion institutions but over 70 years it has been furnished that those rights can’t be managed by the majority. The result is majority cannot manage their institutions, many of the temples and regional institutions are managed by the state government that is why there has been a discrimination and that is the reason Shri Satyapal Singh have impinged the bill that everyone in this country must be equal before the eyes of law. Temples fund are often used to promote politically expedient schemes.

BJP created history by becoming the first party to move bill to free hindu temples from the state control. The demands are:

Dr. Satyapal Singh, BJP MP who has proposed bill to “free” temples wants this injustice to end. He says, “The rights of majority and minority communities must be equal.

What do you have to say about it? 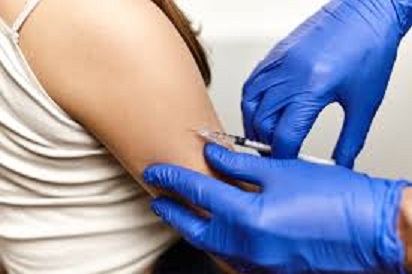 10 reasons why Sarojini market is a shopper’s paradise