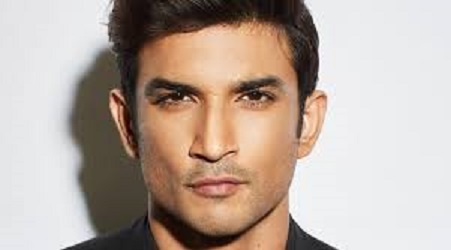 The bereavement of Sushant Singh Rajput at the age of 34, has traumatized the Bollywood industry and zillions of fans have been conveying their condolences on the social media. Several famous personalities like Prime Minister Narendra Modi, Mahendra Singh Dhoni, Shekhar Kapoor, Shahrukh Khan etc. have posted deepest regards to pay their homage to the Kedarnath star – Sushant Singh Rajput. The satire would be sobbing intensely anywhere, on the sudden demise of Sushant Singh Rajput, who once spoke about the story of the country’s biggest star, as his own story continued to be ‘unknown’!

There are so many questions baffling our mind, as the news of the death of Rajput was heartbreaking and implausible. Someone who was exceptionally talented, good looking, devoted to his craft can succumb to death by committing suicide, is beyond imagination. His death has left everyone in profound shock. There are lot of if’s, but’s and why’s which only he can answer. There were rumors round the corner, that he was supposed to get married to his current girlfriend Rhea Chakraborty. Sushant made his affair with Rhea official in the month of Jan, 2020, by sharing a picture with her on his Instagram handle. Sushant has been quite popular for his link-ups with his co-actors in the past. Here are the list of actors Sushant has dated till date:

The ex-lovers dated each other for six years before parting ways in the year 2016. They were paired opposite each other Ekta Kapoor’s Pavitra Rishta and instantly hit it off. The fans were unhappy with their breakup as the audience loved their on-screen as well as off-screen chemistry.

There were speculations that while shooting for Raabta, the lead couple i.e. Sushant and Kirti became very close. Although, they both were miffed with the rumors and always denied it. Kirti would often share pictures with Sushant, while they were dating, but soon the pictures vanished from her social media account.

The couple started seeing each other on the sets of the movie, Kedarnath if gossip mills are to be believed.  They both were very fond of each other but Sara’s possessive nature leads to little disagreements, that triggered blow in their relationship.

The romance started blooming between Rhea and Sushant and with her presence in his life, he looked very sorted in his personal life. The M.S. Dhoni star was supposedly dating Rhea Chakraborty for some time now. They were seen hanging out together in coffee shops or coming out together from the gym after a workout or dinners. She was also photographed many times outside his flat in Bandra, Mumbai. The duo seemed happy and very much in love.

Sushant Singh Rajput was full of life and carried a positive attitude. His energy was contagious, people who know him personally, can’t believe that he can take such a horrendous step like committing suicide. The actor was applauded for his acting talent and versatility. His family is heartbroken, as they never expected it was coming. The family was preparing for his wedding, as disclosed by Sushant’ cousin to a news channel. Although, he didn’t divulge the name of the girl whom he was tying knot with. But the wedding was supposed to be a private affair with just few closed ones. Rajput’s family, especially father is still in a state of shock. The actor committed suicide, by hanging himself, was combating depression, no suicide note has been discovered so far by the police.