Was Arnab Goswami’s Arrest Justified or it’s a Conspiracy?

Was Arnab Goswami’s Arrest Justified or it’s a Conspiracy? The editor-in-chief and the face of Republic TV Arnab Goswami was arrested on 4th Nov, 2020 from his home in Mumbai. The Raigad police arrested Arnab on charges of abetment to suicide of a 53-year-old architecture Anvay Naik, Managing Director of Concord Design Private Limited and his mother in 2018 over non-payment of dues by the controversial star anchor Goswami. The family requested for reopening of the case. Anvay Naik left a suicide note, accusing Goswami – owner of Republic TV for not making his payment after he designed the channel’s interiors.

Why Arnab was arrested?

Anvay’s wife Akshata Naik claimed that her husband committed suicide because the Editor-In-Chief of Republic TV Arnab Goswami failed to make his payment for designing the Republic TV Studio. She alleged that Arnab and two other people Feroz Shaikh of IcastX / Skimedia and Niteish Sarda of Smartworks are the reason behind her husband and mother-in-law Kumud Naik’s suicide. The suicide note was independently confirmed by CNN.

As per the post mortem report of Kumud Naik, she had been choked to death and didn’t commit suicide. The police investigation says, that Anvay strangulated her mother first before killing himself. Later, the police logged an accidental death and a murder case. The police also found a suicide note written by Naik stating his is taking this extreme step because his dues were not being cleared by Arnab, Feroz and Niteish. The owner of the three firms owed Anvay Rs. 5.38 crore respectively. During the investigation the police found out that Naik was under a lot of stress due to huge debts on his head. He was scuffling to repay money to the contractors and was getting threatening calls for the same. He also registered a NC (Non cognizable offense) report against one of the contractors. Arnab, however, has repudiated this charge and said that he had made all the payments to Naik. He even told high court, that his arrest and reviving of the 2-year-old case was illegitimate, as the case was closed in April,2019. The case was reopened after a fresh complaint by Adnya Naik, the daughter of Anvay’s Naik, as per Maharashtra Home Minister Anil Deshmukh.

Is there a conspiracy behind his arrest?

The arrest of the controversial and pro-government TV anchor Arnab Goswami has instigated a war between the Maharashtra State Government and the Centre. On his news channel Republic TV, he is often seen strongly supporting the Hindu Nationalist principle of the BJP and the PM,  Narendra Modi. Many BJP leaders and Union Minister’s released statements criticizing the arrest and called it as an assault on freedom of the media. The Home Minster, Amit Shah tweeted, that

“Congress and its allies have shamed democracy once again. Blatant misuse of State power against Republic TV and Arnab Goswami is an attack on individual freedom and the 4th pillar of democracy. It reminds us of the Emergency. This attack on free press must be and WILL BE OPPOSED”  (Courtesy: Amit Shah’s Twitter account)

In the recent times, Arnab has estranged the Maharashtra Government, run by the Shiv Sena Party, by blaming it of connection with the death of Sushant Singh Rajput, the Bollywood actor, who succumbed to death in June 2020. Shiv Sena and BJP were allies in the past, but both the parties are now hostile towards each other and bitter opponents. Arnab was indicted of manipulating Sushant Singh’s death for the purpose of tarnishing the image of Maharashtra Government, the political rival of BJP. The other BJP supporters also backed Arnab’s theory that Sushant was murdered, despite authorities concluding that it was a suicide case. Republic TV also condemned the Mumbai Police for mishandling of Rajput’s death case and debated that crimes like murder and drug abuse were covered up by the Bollywood.

According to BJP, the Maharashtra government is taking a vengeance by arresting Arnab over a matter which was closed earlier. JP Nadda, The BJP President said, that this is a pure assault on freedom of the press. The former CM of Maharashtra, Devender Fadnavis said, that quashing a voice against the government is damaging to democracy. Few journalists also believe that the arrest is a trivial reprisal for Arnab’s harsh reproach of Maharashtra Chief Minister Uddhav Thackeray, the Mumbai Police Commissioner Param Bir Singh and other associated ministers.

Although, Shiv Sena has refuted any such involvement in Arnab’s arrest, “The Maharashtra Government is not involved in this matter”. There is no politics of retaliation and BJP is trying to protect Goswami, like their own party worker, who has been arrested by the police.

Whether you find him unruly TV Anchor or not?

Whether you support his noisy debates or not?

The question remains, Was Arnab’s arrest justified or it’s a conspiracy? Do leave a comment…… 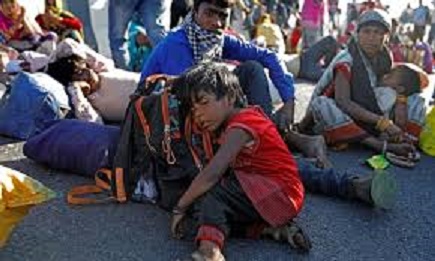 Divorce or Break up – 8 Reasons why it Happens? Electricity Bill – 12 Ways to Save it