Voting – WHY You Should Not VOTE

Voting – WHY You Should Not VOTE If you are thinking that I am going to influence you for not voting then your mind is going in the wrong direction, I am going to share with you few facts which will happen if you don’t cast your vote.

So if you want these things to happen which I am going to mention below, then please don’t vote:

1. If you want to deregister your name from voting list then you can try not to vote because if you don’t cast your vote for 3 consecutive elections then Election commission will remove your name from election voting list.

2. If you don’t feel your social responsibility and the importance of citizenship then you should not vote.

3. If you think that your vote will not bring any change then you don’t have to vote but let me tell you one thing that “Every vote matters”

4. If you want least number of population to decide fate of the country then you should not vote, let’s take an example if 30% of the population don’t cast their vote then only 36% of the remaining 70% will decide who’s going to win the election which means that 36% people will decide who is going to represent 100% people in the parliament.

5. If you want non deserving candidates to represent you in parliament or legislative assembly (vidhansabha ) then definitely you should not vote.

6. If the Development of your country does not bother you then you should not vote, your vote will decide who is going to win and develop or destroy your country.

8. If you want corrupted people to govern the nation then also you can take a decision of not voting.

9. If you want your vote to be used as a proxy vote by goons of political parties then you are on the right track of not voting.

10. If you want non deserving candidates to misuse their respective office then I will suggest you don’t vote.

11. If you want your taxes to be used in the scams and statues of symbol of political parties for their political selfishness then my brothers and sisters you are on the right path to not to vote.

12.  If you want politicians to promote their family into hierarchy politics without any merit or who do not deserve, then don’t go to polling booth I am telling you.

13.  If you want to promote coalition government instead of a stable government so that they can entertain you by creating ruckus in parliament everyday then book a ticket and go to a vacation on the Election Day.

Now, after reading above mentioned points if it still doesn’t hit you below the belt, then don’t cast your vote. But if it has given you a sense of being a responsible citizen and to choose your own government then it must have enlightened your thoughts towards right to vote and nurture our democracy in a healthy way.  My purpose in helping you out for the most confusing question why to vote is completed. 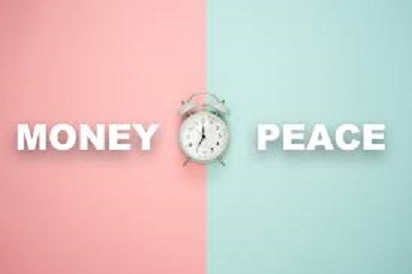