The name Vikas Dubey is flashing on every news channel last 7 days and has withdrawn the common man’s attention from up surging cases of coronavirus to a disreputable killer who was executed in a police encounter on 10th July 2020. On 3rd July, 8 police personnel in UP, including a DSP were ambushed and killed by Vikas Dubey and his alliances in an encounter, since then he was on a run for almost a week.  Police hunt to catch Vikas Dubey in – Madhya Pradesh, Uttar Pradesh and Haryana was intensifying and UP Police also kept a reward on his head of Rs.5 lakhs.

As per sources, Dubey reached Mahakaleshwar Jyotirlinga Temple in Ujjain in the morning at 8.am and then disclosed his identity to the security staff and told them to inform the police, where Dubey surrendered himself. But, there is another version behind his so called arrest or surrender which states that Vikas Dubey was apprehended after a guard on duty spotted him outside the temple in the bright daylight and the police was called. After he came out of the temple, the police personnel held him and asked for his identity, he supposedly showed a fake ID card and upon poking hit a policeman, at that moment he shouted his name while being detained. He said – Main Vikas Dubey hun, kanpoor wallah – Yes, I am Vikas Dubey from Kanpur. He was taken into custody immediately.

There is a lot of ambiguity and several loopholes behind his arrest or surrender and encounter on 10 July, 2020. According to the temple officials, Dubey revealed his real name at the counter where he offered money for donation and told the staff to notify the police about his presence. Dubey seemingly did not try to dodge the police and he wasn’t even carrying any weapons. Therefore, the question remained, was it a planned surrender or he was trapped by the police and the circumstances of his encounter seemed inspired from a Rohit Shetty movie “Jahan gaadi bhi palat ti hai aur fake encounter bhi hota hia”.

Where did Vikas Dubey take a shelter after the Kanpur ambuscade for 6 days? Where was he hiding all this while?

Dubey was running for his life since the pitfall in Kanpur. There was a high alert in many states. When police ransacked Faridabad, he still managed to abscond. This kept on going for 6 days. Who helped him with the transport and a place to hide?

Was it a planned surrender?

It seemed more like a planned surrender made in a well-strategic manner, as Dubey let the police team know about his whereabouts in Ujjain, Madhya Pradesh. As per media reports, Dubey has insiders within the system, i.e. UP Police Force who alerted him about every move of the police. Therefore, he intentionally handed himself over to the cops.

Why did he select the famous Mahakal Temple?

The criminal was keen in surrendering himself in a ‘safe zone’, as he was scared of being killed like his other alliance in an encounter. Is this the reason behind his surrender?

Who took the pictures of the criminal at the Mahakal Temple?

The presence of the media at the Ujjain temple has raised eyebrows, that’s who gave them the news about the surrender. From where those pictures came, in which Dubey was sitting inside the temple premises?

It doesn’t seem conceivable for a killer like Dubey to enter Madhya Pradesh amidst high vigilant on the State borders. Who helped him?

Police were on high alert in 3 states, i.e. Uttar Pradesh, Madhya Pradesh and Haryana, so the question arises, how was it possible for him to reach Ujjain from Faridabad?  The distance between the two states is roughly 775 km. How Dubey managed to cover this distance without being noticed or arising any suspicion. He evaded his arrest, which seem implausible without any help from the insiders.

How did Vikas Dubey die?

According to police reports, the vehicle that was carrying Dubey met with a small accident and overturned. Dubey tried to take the advantage of the situation and made an attempt to escape by snatching an officer’s pistol. When he was asked to surrender, he started to fire at police personnel and tried to run away. The police also started backfiring and he was severely injured in the encounter and died. The mind boggling question is if he had to escape why did he surrender himself at the first go?

Why media vehicles were stopped?

Media vehicles were stopped 2 km away from the encounter place, i.e. at the toll plaza going towards Kanpur. Media was chasing this case, but the move by the police official has raised suspicion.

Was it a carelessness on the part of the UP Police or this encounter was also planned like his staged surrender? What you have to say about it? 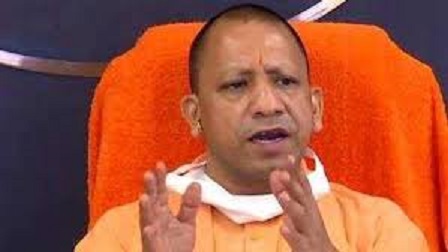