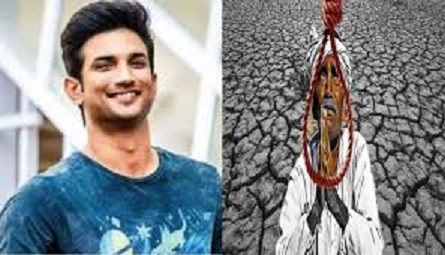 The unexpected death of Sushant Singh Rajput has been viral in the news since last four months. The frantic coverage of Movie actor Sushant Singh Rajput’s abrupt demise and disparagement of his girlfriend actress Rhea Chakraborty has been a breaking news on several news channel. This has arisen many real questions in the head like whether the story is diverting the entire nation from more significant issues such as social and economic crisis and coronavirus outbreak?

What is not fathomable is the media time that is being contrived to his death and neglecting the real national issues such as presence of Chinese on the border, the situation in Jammu and Kashmir and Ladakh, probe on Delhi Riots, unemployment, price hike, new farmer’s bill, reduction in the salary and suicides due to financial loss. There was a news recently, which stated that Covid 19 crisis has left 150 million people unemployed globally, but when we turn on the news channel, what we see is SSR’s death still monopolizing the majority of the prime time.

Since, the death of 34-year-old Sushant Singh Rajput on 14th June 2020, at his Bandra Resident in Mumbai, the media has gone berserk and obsessed with it. Earlier there were news that Sushant Singh committed suicide as he was dealing with mental issues due to nepotism or mafia culture in Bollywood. But, now the game has changed and the case is being probed by federal police after Sushant’s father filed a case against Rhea Chakraborty for abetment of suicide, over medication, robbing him of his money and even killing him. There are many uncorroborated allegations that Rhea has repudiated.

Rhea, who is arrested by India’s narcotics control authority for supposedly buying drugs for Rajput, but the ironical part is most of the TV news anchor has already declared her as guilty. The bizarre, sometimes gloomy conspiracy theories on SSR’s death can be seen on the social media platform. These theories flourish on Youtube, Twitter, Facebook and appear as grave trajectories of distortion and propaganda associated with the case.

What about the real issues?

The media hype around the SSR’s death case originates at a time when the nation is facing an event of critical concerns. The economy has dwindled by 23.9% – the nastiest downfall ever since 1996, this GDP figures were released by the Government. India has now become the second number of confirmed Covid 19 cases in the entire globe, loss of job is another more prevalent issue which is hidden beneath the carpet, as the television news channel has to cover the most important national issue i.e. Who killed Sushant Singh Rajput?

As a human being, even I was affected by his death deep down as he was a promising star and a good actor. But, the star’s death has become the biggest story last several months. What’s more important is to take the inquiry to its judicious end as soon as possible rather making a scorn of someone’s death every single day.

As per a senior journalist in Bihar, his death has turned out to be a political agenda, as elections are round the corner in Bihar and politicians are looking for votes in the actors’ name. The channels have become biased and giving over attention to the story because of their association and sympathy with the leading political party. An unpleasant quarrel has burst out between BJP and Shiv Sena, therefore the story of SSR’s death will remain in the limelight for a few more months.

The case has become more like a Bollywood movie which has scandalous crime, a love affair, drama and current affairs. In one of the reports, Rhea was termed as a witch, the entire story is now revolving around her. This has taken away all the attention and distracted people from the real issues. No one is actually asking any question from the government regarding the brutal pay-cuts, loss of job, fight against Covid 19, the GDP. The homicide of media is quite evident, the way it is digging a grave for themselves and the finest of journalism is shrinking.

Let the Court decide for Rhea

The saddest part is, the sudden demise of Sushant Singh Rajput has turned out to be a media circus. Rhea Chakraborty has been stamped guilty by so many prime news channels. The ratings have been spiked to another level because the audience have hooked on to every twist and turn in the story of SSR. So, the channels are taking all the advantage of the fact, that the nation has become biased and emotional towards Rajput’s death. Somewhere down the line, the society is partially responsible for vilification of Rhea Chakraborty. It’s high time we need to portray some respect towards the legal rights of a resident of India and let the law decide for her. 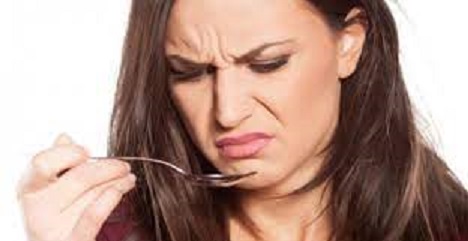 9 Most Tasteless, Yet Healthy Food to Eat