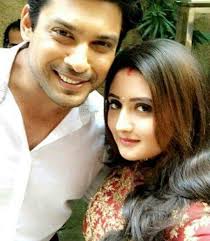 We all have witnessed dirty fights between Rashmi Desai and Siddharth Shukla. The fights don’t appear to be started in the bigg boss house but it seems like a continuation from their past issues they had. They keep on digging out each other’s past (गड़े मुर्दे उखाड़ना). Initially when Rashmi entered the house, she chose Siddharth Shukla as her kitchen partner and also spoke about her cordial relationship with him on her first day in the house. But off late, their relationship has become mysterious because of the ugly fights they share.

The way they fight, it is obvious that they had relationship in the past which went bitter because of whatever reason and the aggression can be seen in the house now. The initial chemistry hinted on the past romance or probable romance in the house (at that time Arhaan didn’t come in the house). But the exchange of hatred and heated arguments gets out of control and the language they use is too much downgrade. Siddharth Shukla has acknowledged the same in one of the conversation that he has moved on in life and has revealed his past affair with Rashmi Desai. They both appeared in the popular TV show Utaran and started dating much before that.

Rashmi shared with Devoleena that Siddharth Shukla was replaced by Kunal Verma in the poular TV show. He tried to replace Rashmi in the show but the makers replaced him instead because of the continuous fights of Siddharth Shukla with Rashmi Desai and other contestants on the sets. In Bigg boss house too they seemed uncomfortable with each other and don’t miss a single moment to throw dirt on each other.

It is quite evident that they had an ugly past with lot of ups and downs, this is the reason their present situation is hostile. They engage in fights on daily basis taking out personal grudges. It is not impossible to say some much bad stuff to each other till the time you have been very closed with the person in the past because only couples can go too much personal. They can’t stand each other and with day passing their relationship has become bitter.