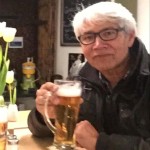 The Mother earth is the only home we know. Home to all life forms. All the History, the love, life, friendship, sorrows, joys, and experiences you and your ancestors ever had, were right here. Millions of life Forms existed well before Homo sapiens set foot on earth. They evolved or went extinct on this earth… mostly unaided by humanity (which entered quite late in the evolution time scale)- they will, by and large, continue to exist after his imminent departure.

How it all started?

The start, as scientists believe, was a Big Bang 15 billion years back (13.8 Billion, to be more precise. Huge clouds of dust were shot out of the explosion and the universe started expanding away. It is still expanding. It is expected to slow down and then start backtracking. Another 15 Billion years, God willing, (none of us will be around to witness it) the universe will run out of juice – stars like our sun, will run out of nuclear fuel and flare up into giant fireballs consuming nearby planets (including our beloved third Planet, Mother Earth) and then shrink.

Bigger stars will turn to black holes from which, even light can’t escape. We could theoretically see it all collapsing into a single point again. Maybe to re-enact the whole drama once again. Neither mountains nor planets or stars are forever. “Ashes to ashes- dust to dust”, applies to them too. To borrow a phrase from Carl Sagan, we are all Star Dust, Only time frames and the mix of elements vary.

Mother Nature did not need mankind to make the world livable. Mostly he wasn’t there. Moreover, the prime creation was never meant to be mankind. He was a freak, who used his crafty brain to cheat opportunities and favorable surroundings from other fellow creatures.

To Mother Nature, oxygen, Plants, birds, bees, frogs, fish, insects, pollination, volcanic activity, seas, hills, valleys, deserts, jungles, evaporation, rain, rivers, sex, etc.; were much higher on the priority list. Nature, unlike political parties, is not a “come to my son “nepotism. All its creations are equal. Survival depends on the environment and also evolution.

Man thankfully, was never invited to meddle with the experiment, and going by his questionable track record, Mother Nature will, in all probability, breathe a “good riddance”, sigh of relief and thank God for the pest elimination, after his departure, before reassembling what this bull in a China shop has dismantled during his short infestation or interference, of a mere 3 million years since our ancestor Lucy. Of these two, humanity was largely incapable of making any impact, except in the last few tens of thousands of years. Mother Nature or Evolution was the prime force.

The list of errors and omissions -what man did or did not do, is too long to enumerate. Suffices to say that if an impartial God above was presiding on a public interest litigation case of nature and all life forms Vs Man, a lot of skeletons would pop out from every cupboard- only some of which we may consider: –

Global Warming is a direct effect of industrialization, carefree burning of carbon fuels releasing CO2 and smoke, which mixed with toxic elements, cause health issues to plants and animals.

Global warming has also amplified the magnitude of the destructive capability of Hurricanes and other disasters. The weather cycle has also changed. Winters have grown short but sharp, summers are prolonged and severe. Heavy rain, flooding, and damage to housing, Industry, farming, and loss of life occur annually. It can also be called, A revenge by Mother Nature.

Global warming results in causing polar ice caps and glaciers to melt away and produced large areas of the open sea where ice no longer exists. Polar Bears are starving because they depend on floating ice for catching seals. This is just one consequence. The volumes of melted water released are such that many islands like the Maldives and some coastal areas elsewhere are threatened with going underwater by rising sea levels.

Acid rains/ Acidification of the oceans killing coral/Forest fires running into millions of acres annually are some other ills. Insecticides and pesticides in the air, groundwater, rivers, seas, and food are poisoning us slowly. He was not happy with spreading misery on land alone. He also found ways of ruling the oceans and the air. His pollution spread far and wide making the world almost unlivable.

He spread his wars into all 3 dimensions, not caring for the Fauna and Flora of the world, who were totally innocent of his mischief. He has also  metamorphosed entirely from that energetic son of 3-foot-tall Prehistoric Lucy showing off his acquired bipedal form of locomotion. “Look Ma, no forelegs”! standing up on his hind legs. From the fog of 3 million years of evolution, you could never connect that he is the same Homo sapiens wrapped in different attire-Raybans, wranglers, iPhone, and Tesla, who walked “Out of Africa” that fine crispy morning. Appearances can be so misleading!

Many species such as the Dodo of Madagascar, Moa of New Zealand, Indian cheetah, Thylacine (Tasmanian wolf) have been killed to extinction by humans. Shot for trophy hunting, or killed for fashion, food, or being considered pests. Overfishing, habitat destruction, commercial killings for, fur, baleen for corsets, whalebone, ivory, blubber, exotic pets, industrial animal rearing for meat, eggs, skin. Cruel practices like force-feeding of confined geese for ‘Foie Gras’, a French liver delicacy. The use of animals in the pharmaceutical and beauty product industry still abounds.

Some rare species exist only in Zoo’s others are tottering on the brink of extinction. Every year, unknown to us, many extinctions occur. Not just of animals, but also of plant species.

Once a wonder by-product of the oil industry has become a nuisance so large that we can’t do without it, yet we can’t get it under control. No permanent solution has been found. Only some feeble efforts for recycling or mixing with road resurfacing material. There are also massive floating plastic islands that can be seen from satellites, swirling in the oceans for years together.

Ozone layer destruction is a result of Chemicals chlorofluorocarbons released by refrigerants and propellants used in sprays, perfumes, fire extinguishers, etc. The ozone layer also protects us from radiation, which can cause certain cancers.

A man took over from this unseen entity- “God” unilaterally and without authority except claiming to be his best creation made in ‘his image’, in a self-authored fable called Religion, which by itself proved to be Pandora’s box ensuring recurrent inter-human rivalry. Untold millions of people have perished due to religious wars or disturbances. They continue still. Humans, to pass time and to satisfy their greed for desirables, created killing contests called wars. Their major contribution has probably been population control through violence. Quite inhuman really.

It is said, that during history, there has been only one period when the environment has won against humans by returning villages and towns back to thick forests. This was during Genghis Khan’s time. So large was the effect of widespread mass slaughter. A nuclear Reactor burst at Chernobyl also gave similar effects. After all, humans were evacuated, the forest took over quickly and Packs of wolves, wild boars, Ducks and geese, rabbits, and deer unaware of radiation fall out, soon appeared, and made it home.

Greed, ownership of land domestication, and slavery or the concept of owning land is entirely a human concept. Even the Red Indians, did not recognize any claim to the land. They were also real Environmentalists. All land, mountains, rivers, prairies, and also forests belonged to the great Spirit of God, they couldn’t believe that the white man could build a fence and shoot the natives for intruding into his land. Incomprehensible? It was like selling your mother!

Not only was he greedy for land, but he also coveted his brother’s wife, he had greed for useless metals and minerals and imprisoned life forms into slavery for food, labor, travel, clothing, wars, and even entertainment.

Money and riches were his other unconventional invention to disqualify Mother Nature from owning more and more. This two-legged animal gave value to pieces of metal, stones, and later, even paper. If money could buy everything, the non-humans had been fully disinherited. Thereby, he could turn his brothers into slaves and also force them to work in large enclosures called factories, offices, fields, and households.

Urbanization, to accommodate the huge crowds in limited confines, well away from nature became the preferred form of living, even if it was congested, noisy, stale and the polluted air made you cough. All your daily requirements had to be bought with money.

Generating more and more of this paper, by hook or crook gradually became his main reason for living. True civilization had arrived selling away God-given natural products, slashing, and also burning of forests millions of years old to lay the land bare, extracting black stinky oil to burn into poisonous fumes that choked man and beast with foul air and make them sick.

Time to clear the slate

Luckily, he has lately made a solution for himself. The crowning glory, a wonder of modern science, promising ultimate victory, and also ownership over the Blue planet. An intricate device, which he says can kill all of mankind. It’s an atomic gizmo called “New-Clear Gen X” Plus. Once it goes off, it rubs the slate totally clean and we can start anew, on a “Clear slate”.

Mother Nature is secretly praying for him to use it. Once humankind has done himself to death- good riddance- by his own folly and Ego, there will be millions of years for setting the world right again, for the creatures God made and will continue to make.

Yes, a small setback for some species, but no great loss. “In any case”, Mother Nature rationalizes, “Haven’t mankind been culling wild species from rabbits to kangaroos and elephants” for their overgrazing the land”. Hadn’t man overgrazed for millennia now? His lifetime confidential report is Negative anyway! Extinctions, big and small are normal- like pulling a flush handle. No major loss. We are Nature. We also don’t punish. It’s his own doing. Over Evolved with an Oversized Ego.

God has learned his lesson

It’s the hobby of Mother Nature to make creatures made to order for the environment that exists- and not for changing the environment to suit him. I don’t think God will make a man again. He’s learned his lesson. Never again bring forth creatures that can’t live in harmony.

But I’m secretly told that he’s also making a small inter-galactic Spaceship called “Noah’s Ark II”. He intends to send some seed stock of his favorite works. Sentimental eh! (His wife Parvati, talked him into it) Other than the “Animals went in two by two, “Hurrah! Hurrah”! His precious works are ready, and packed for transporting at transgalactic velocities. Warp 10 says.

A little curly-haired boy and a blue-eyed girl are among the passengers. There’s also no WIFI on board. It could carry pollution to the little blue 3rd planet around a star system in a secret galaxy. Coordinates cannot be released- “out of this world”. The journey is also long. Bon Voyage! Happy Landings and Good Luck!

You know what? There’s also an apple seed thoughtfully packed in an oyster shell. There’s no instructions manual, but naughty Parvati says, they will know by themselves. The snake egg has just the right clue for the embryo inside

Nose Ring – 5 Style of Nose Ring for your Face Type Pet Care – 9 Essential Ways to Take Care of your Pets

Nose Ring – 5 Style of Nose Ring for your Face Type Pet Care – 9 Essential Ways to Take Care of your Pets