Is Mahira using Paras and not the other way round?

Is Mahira using Paras and not the other way round? 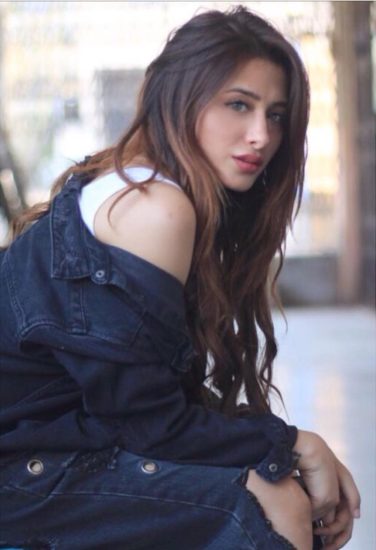 Paras Chhabhra (aabra kaa daabra nahi, irritating ladka Paras Chhabhra hona chahiye) has been lashed recently by Salman Khan for disrespecting his girl friend Akanksha and his relationship with Mahira Sharma which they claim to be “just friends” but we all know as audience that its pure rubbish. Paras and Mahira feels that audience is a fool and will believe their stupid explanation, who asks their best friends for kiss all the time, touch on inappropriate places or cuddle inside a blanket. If this is how they behave with their best friends, it shows they both are loose character.

Salman Khan was furious with Paras for his behavior because Paras has admitted several times that he is doing everything for the game. Before leaving for the show he told his girl friend Akanksha that don’t he will be acting and playing around don’t get carried away. They had planned this strategy and hence Mahira became the bait for attracting audience. Now, everyone feels that Mahira is a bechari and Paras is using him. But let me show you another side from a horse vision. She already knew she is not a popular contestant so she chose to stick to Paras Chhabra for her personal agenda. The kind of gesture Paras and Mahira displays on the show are beyond friendship. May be Mahira is habitual of behaving like this with her so called best friends? Do you guys allow your best friends to touch you improperly? She seems too comfortable and enjoying every bit of it. Isn’t seem like a game plan to you? On one side she wants to keep Paras on her side by letting him touch her to go ahead in the show and on the other side plays her friendship card well.

Mahira Sharma is jealous of Shehnaz because she knows in front of Shehnaz she doesn’t hold a chance to go ahead, therefore she smartly twisted the situation and started calling Shehnaz as jealous. She is over smart to use her woman card, friend card, kiddo card as and when required in the house. Mahira is also an arrogant female who has no control on her tongue. This is her strategy to be in the kitchen because that is the place where is seen the maximum on the show. Mahira badhe hot wali is really a loud mouth and annoying person who has no identity of her own. Later when she felt it will be good for the game to patch up with Sidharth as he is strong player, she suddenly became friendly with him.

If Mahira wouldn’t have been using Paras and was emotionally connected towards him, it would have affected her deeply when Salman Khan told her what Paras told Akanksha before leaving for the show. Salman Khan clearly told Mahira that Paras is using her as bait and has sent a letter to Akanksha but still Mahira was sitting calm and said I know everything and I trust him.

Guys, what do you think Is Mahira Sharma using Paras Chhabra?