Medical Staff, Air Hostess Being Harassed During This Lock Down

Medical Staff, Air Hostess Being Harassed During This Lock Down Doctors are considered next to God, we all must have heard it a lot many times. During this crisis situation health care professionals are working day in day out putting their own life in stake bestowing their services to the citizens of India. The entire globe is going through an unparalleled challenge in several part of the world and the outbreak has affected millions of people in the world. Therefore the doctors have to go extra miles to combat the crisis and take care of the people suffering from the virus.

But several healthcare workers who are on the front-line fighting the infection are even going through tough time as they are being attacked across India by few people who are a shame on the society. In Ghaziabad, a complaint was launched against a group of 5 suspected corona virus patients quarantined at the isolation ward who misbehaved and harassed the women staff passing obscene remarks in the MMG District hospital. Few of them were walking semi naked, using abusive language and passing lewd remarks. Finally the police had to intervene to handle such a filthy act.

A video, which has gone viral, that shows the rabbles were hurling stones at two female doctors who were wearing personal protective equipment in the city of Indore. A team of doctor was attacked when they went to a heavily-populated region to check on a woman suspected of having the infection.

Some physicians and their families were detested and chased away from their home, as they are treating pandemic infected patients. Not just physicians even airline staff, social workers are also being discriminated and hassled by their landlord and different category of people. A lot of such incidents have been highlighted where these professionals are banned to enter the society and have been forcibly thrown out of their rented accommodation by the landlord attributing these expulsions to the fear, that these people are more vulnerable to the infection.

Union Health Minister Harsh Vardhan has also condemned such an act where general public is degrading health care professionals. He also thanked the medical professionals for their effort and dedication during this time as they are also susceptible to the risk of getting the virus. He even said people mortifying those who are helping the nation battling the infection should be named and shamed.

As India skirmish the outbreak, random attacks on physicians, airline staff, social workers and police personnel have come to the forefront raising solicitude over their protection and safety. I just sometimes wonder what kind of society are we living into, where a doctor who is saving our lives is threatened to enter their own home.

Have we lost it completely?

Several incidents are being escalated where the health care worker and airline staff is refrained to enter their own homes and the public are treating them with disgust as they might carry the virus to their society.

Are we really human? For what they are discriminated?

An air-hostess in Hyderabad was ill-treated by her neighbors and was constantly attacked for choosing such a profession and blaming her for spreading the virus. The truth is because of such professionals the rescue and the evacuation drill to bring back people home has been made successful. They should be treated with respect and not disgrace.

Guys, I understand this lock down period is a difficult time for all of us but we have no write to misbehave with people who are selflessly serving our nation during this lock down phase. No other country is facing such a challenge where common man is threatening the medical profession, what has happened to us? The doctors are endangering their lives for us and this is what we are doing?

During this unprecedented time, we all need to support each other. The value of any society plays an important role in dealing with the crisis and the lost values of mankind and serenity can only be brought back through affection and by avoiding a derogatory approach towards these professional. 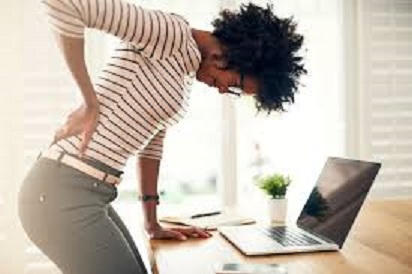