Breakups are painful and even celebrity deals with them. Here are 8 things which you can learn from celebrity breakups:

1.ABUSIVE RELATIONSHIP IS A BIG NO:

I think you all know whom I am talking about, a much-hyped celebrity breakup of Salman Khan and Aishwarya Rai. Over possessiveness can kill love in a healthy relationship. Abusive relationship doesn’t last forever. Salman’s violent behavior drew them apart. It was even affecting Aishwarya’s professional life as well. Insecurity in a relationship suffocates after a point. Give space to each other; understand each other’s need and requirements.

Never ever give person a second chance that has strayed once. One cannot ignore infidelity. Many times the sufferer feels that the problem lies within them but that’s not true. It’s the other person who is not truthful and doesn’t value the relationship. Ranbir Kapoor and Deepika Padukone are the best example for the same in fact deepika has suffered depression for many years.

John and Bipasha basu, a popular celebrity couple were in a relationship for 9 years and still John was not able to commit to Bipasha as she wanted to get settle down with him.  The reason behind their split was commitment. John was not willing to get married as he felt they have grown out of the relationship and were not connected any more. My question is does it take 9 years for someone to realize this?????

A famous celebrity couple Hrithik Roshan and Sussanne khan are the perfect example for the same. They have proved that one can be friends despite of a bitter divorce. When it came to their kids, they have left their ego aside to give a loving environment. Their divorce was amicable.

5. Don’t stretch beyond a point:

If the relationship is not working out even if after giving your best, one should not stretch beyond a point because it becomes bitter and resentful. Yes it’s not easy one goes through a lot of emotional trauma. But what matters eventually is being in a state of peace. No one is indispensable, therefore life goes on. Infact living together can make your life hell. Malakia Arora and Arbaaz khan are the perfect example.

6. Get married when you are mature:

Aamir Khan & Reena Datta got married when they were very young they experienced incompatibility and differences when they matured with age and started drifting apart.  Rumors have it, Aamir’s several affairs in the past caused lot of problems throughout his marital life with Reena, and he was constantly in the limelight for his affairs. Some says it was a temperamental difference.

Amrita Singh was a very successful celebrity. Saif Ali Khan had just started his career when they started dating. They got married in a haste in fact Saif’s family was not in the favour of the marriage. There were rumours that Amrita constantly nagged Saif for his failed career and made him realize how worthless he is. She was also not in good terms with his mother and sister. There were also rumours of Saif’s infidelity.

When one partner is alcoholic and gets violent bouts of anger, leaving becomes the only option. Safety and security of your children also overpowers everything. Angelina & Brad Pitt, a happy go lucky celebrity couple got separated because of this reason. 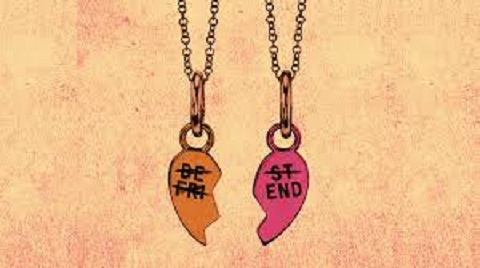