Bigg Boss 16: The “Most Biased Season Ever” towards Sajid Khan & his gang, netizen says

Bigg Boss 16: The “Most Biased Season Ever” towards Sajid Khan & his gang, netizen says

Bigg Boss 16 is proving to be an extremely prejudiced show. It is obvious that the game has been rigged in favour of Sajid Khan and his team.

Since he took part in the reality show Bigg Boss 16, filmmaker Sajid Khan has been making news for all the wrong reasons. He received a lot of backlash for appearing on the Salman Khan-hosted show, with survivors of the #MeToo movement like Sherlyn Chopra, Mandana Karimi, Sona Mohapatra  and others calling for his expulsion.

Also, Sajid has gained attention for his fights and practical jokes, and most recently, he was severely teased for smoking in the garden despite numerous warnings. Gauhar Khan, the Bigg Boss 7 winner and an actor, criticised Sajid for smoking in public on Twitter, writing, “What is this cigarette smoking in the open despite so many warnings! People with little regard for the law are referred to as “#bb16.” 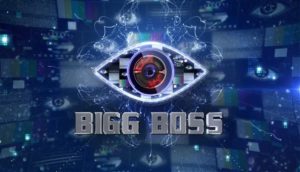 All of his gang members are mostly saved from nomination. In practically every task, Sajid Khan has taken on the role of the sanchalak. Fans are curious as to why this is the case. If he has medical problems, he should not have appeared on Bigg Boss 16. Abdu Rozik was given a duty by Ankit Gupta to consume two liters of water. Along with other tasks, he refused to do this one. Sajid Khan gave him his complete support. Ankit Gupta, who is typically quite reserved, declared he would not participate in the task.

His gang is also being favorably treated, much like Sumbul’s father’s calling on the show, which was considered special treatment by many celebrities, including Urvashi Dholakia, Kushal Tandon, Diandra Soares, and others. Bigg Boss then claimed that they had allowed the call on humanitarian grounds because Sumbul’s father was ill.

What Netizens have to say about Bigg Boss 16?

Netizens, however, reacted to the most recent Bigg Boss 16 episode on Twitter shortly after it aired. Social media users who were critical of the show even demanded that it be banned and called for a boycott.

“Why is this bias, #BigBoss16, giving this uncle, #SajidKhan, more privilege?” a viewer tweeted. This uncle, I assume, is visiting for the holidays.

Why are Priyanka Chahar Chaudhary, Archana Guatam, and Ankit Gupta so unfairly targeted? “Everyone should raise their voice to ban this unfair #BB #boycottbigboss,” netizens chanted as they demanded Bigg Boss’s axing.

Bigg Boss 16 is the most biased season, a netizen noted. The user further stated that Sajid Khan was not interrupted by BB when he was made a sanchalak, but Priyanka was.

“Big Boss is becoming monotonous. Everything appears to be planned and working in #SajidKhan and his team’s favor. The show is run by Priyanka and Archana, but Sajid Khan’s mandali consistently takes his side, even if he is wrong, and completely follows him. I will not watch Bigg Boss,” says a fan.

However, a netizen presented a potential strategy for removing Sajid from the show. He advised people to either not vote for the sexual offender or to support a different candidate because votes determine how Bigg Boss participants move through the show. The Twitterati expected that Sajid would eventually leave the show as a result of this. 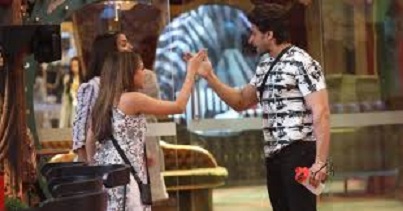 Trial by fire – A series on Uphaar cinema tragedy