Bigg boss, an Indian TV reality show is one of the leading shows on the small screen. Bigg Boss 14 is the most awaited show. Since, BB 13 which broke all the records of popularity this year. It is broadcasted on Color TV and Viacom 18, which is a franchise of Endemol Shine India. BB 13 finale was scheduled for Jan 2020, but looking at the success of the show, the makers extended it for another 5 weeks. The winner of the show was Sidharth Shukla and Asim Riaz was announced as the 1st runner up. Another popular face of the season was Shehnaz Gill who won zillions of fans because of the way she played the game.

The show is adopted from the American reality show, Big Brother. The 13 participants are locked in one house who can either be celebrity or a commoner, the prime motive is to sustain inside the house for 100 days. Every single word a participant says or gets into a fight or steal from the kitchen is captured by several cameras.

Participants are evicted every week on the basis of an online voting poll, the housemates chose the members to be evicted and whosoever gets the least vote leaves the house. In the finale week only 5 housemates are left in the Bigg Boss House and later the person who gets the maximum love in the form of vote becomes the winner. The winner gets a sum of Rs 1 crore as a winning prize and with the prize comes the fame for just being a participant in the house.

The makers have already planned for Bigg Boss 14 and if latest report are to be believed, this time commoner will enter the house. BB 14 was supposed to be launched in September 2020, but coronavirus outbreak has created a lot of vagueness as in when it will be showcased. But if the makers will decide to open the doors for the common people along with the celebrities, then the following will be the criteria to participate in the famed show.

1.Download the Voot app or visit the website http://www.voot.com and start with the registration process for participation in the show. Fill the form properly after going through the details.

2. Once it’s done, upload your audition video. The video should include your introduction which includes your name, location, personality, and life experiences. The video should not be more than 3 minutes and the size should not be more than 50MB. Do mention why you want to be a part of Bigg Boss and why you are different from the rest of the participants.

3. Check all the terms and conditions accurately, upload the video and submit the form. If your video will be selected, the makers may call you for the audition. Although there is no official announcement as yet for the date and time of the audition but it will be confirmed soon.

Another important thing, Bigg Boss has not put any charges or entrance fees or will ask for money from the participants. In case of fraud or someone asking for a fees, do inform Police or Colors Channel. As of now nothing is confirmed whether commoners will be a part of show or not but the above mentioned process will only be applied only if the common people will be introduced inside the famous house. Once the makers make an official announcement, every detail will be informed. 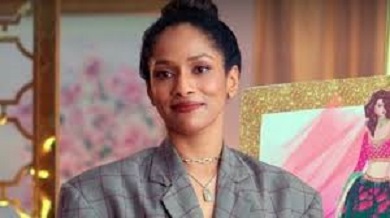