In the first season of breath, R Madhavan depicted the role of a football coach who started to slay organ donors, to gear up the name of his incurably ill 6-year-old son’s name on the organ recipient list. The show also starred Amit Sadh as an eerie cop Kabit Sawant, who is after the serial killer to resolve the case, while dealing with a heartbreak of death of his own daughter. The aberrant plot worked, as it traversed on the thin lines of ethical vagueness leaving the viewers behind confused whether to pity with the murderer or his prey. The role of Madhavan in the series twisted the show into a scruples thriller. The plot was very rousing, the uniqueness about the storyline was Madhavan, who is a kind of gallant-looking actor whom we can’t imagine in a negative character. There was a continuous inner conflict which felt real while marking the next victim, which had the absurdity of a frantic father, that made the audience empathetic whether it’s a crime thriller or an awful family drama.

In the second season of Breathe: Into the Shadows, Abhishek Bachchan is a surprising element, as he spun to the new industry OTT, which opened doors for many of his co-actors. The second season is directed by Mayank Sharma, which introduces us to Dr. Avinash Sabharwal, essayed by Abhishek Bachchan, who is a psychiatrist by profession, is frequently consulted by crime branch over cases of psychological behavioral matters and his wife Abha Sabharwal, played by Nithya Menon. The story revolves around their daughter Siya who is kidnapped by a masked man with a limp from a birthday party. Their life changes post that tragic incident. Abhishek and Abha’s are despaired after months of finding their daughter until they get a parcel after 9 months, that demands the killing of certain people in return for Siya’s life. This idiosyncrasy becomes the plotline of the sequence, which involved an underlying circumstance in which a normal guy without any crime background is forced to murder people. The show portrays how far a parent can go to bring back their daughter home. It’s a scenario where a person’s principles are in conflict with their heart. The audience couldn’t believe that a sensible couple would act so irrationally.

Abhishek Bachchan is the soul of the series Breath: Into the Shadows. Abhishek Bachchan permeates a disproportionate degree of morality into his screwed-up role.  The character is very profound and his voice-over is ubiquitous, that keeps running all over the place, sharing a story which keeps you hooked on for some inexplicable reason. But if we only stress on the story line, there were many wobbly ends in the pilot, which made the viewers disconnected with many scenes. It’s the reliability of Abhishek Bachchan which made the show much interesting and the amazing supporting actors such as Amit Sadh and Nithya Menon.

Breathe – Into the Darkness is a rejoinder for Junior Bachchan, who sparkles as a loving father and later in the negative role of J, his split personality, the show definitely has wooed the audience with his acting skills. He is outstanding in the series and display the possibility of emotions from the beginning itself. The turmoil he faces will smash you deep down. His character is calm, yet stubborn, from a problem solving doctor to a desperate murderer who can go to any length to save his daughter is played by him exceptionally. The show has got mixed response, but I will suggest go for it if you are in doubt, but without comparing it with other recent crime thrillers and answer one question in the comment section? How far can you go to save the people you love? 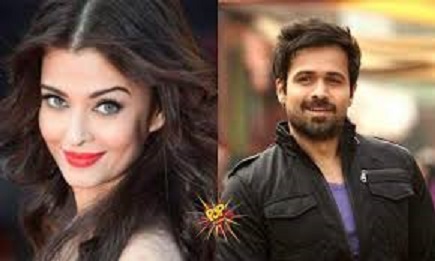