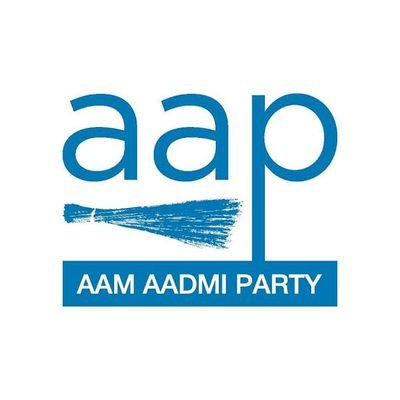 I still remember the time when Aam Aadmi party came into existence, the whole Delhi was so excited to welcome someone new and take the lead. In the 2013 assembly election their total vote share was 29.5% which hiked up to 54 % in 2015. It actually created history by scoring 67 out of 70 seats in 2015 during assembly segment. But in 2019, the vote share shrunk to 18%. But what went wrong? Why things started falling apart for Aam Aadmi Party? Why AAP failed to win seats in Lok Sabha Elections in Delhi?

The people of Delhi had given an enormous directive to Kejriwal with a lot of belief, but the people feels betrayed by the constant lies of the AAP to cover up their failures. The party has a history of broken promises and blaming other parties for not performing. Making claims is easier than actually delivering as promised. The approach is unrealistic, implausible and with lack of credibility.

The focus is more on winning elections by ridiculing the public. There is no seriousness towards bringing a change but AAP is busy making statement about other parties for stopping them to work. We all believed that AAP will fight against corruption, inflation, cleanse the country’s political system and will work for the favor of the general public.

The CM seems obsessed with publicity stunts that he can go to any extent to be in the limelight. He spent Rs 97 lakh in hoardings displaying his picture across Delhi, Goa and Punjab. He is been addressed as untrustworthy, volatile and opportunistic by the leaders who has resigned his party because the once considered to be an idealistic party has degraded to any other political party. Government is suppose to provide us basic amenities like clean water, clean air, education, health and a safe environment for women but the focus has shifted from real issues to how to acquire more and more votes.

The “free” word has been tapped so cleverly to attract vote bank and what all freebies they can give so that people will vote for them instead of others. We the public are not human beings any more, our family don’t matter to them, what matters is how to brain wash us making false promises for the upcoming election. Everything has become a gimmick.

Below is the list of false promises made by Arvind Kejriwal:

The people of Delhi are still waiting for the free WiFi internet access all over Delhi. Some of them were installed in DTC buses on trial mode but speed was negligible. The project is yet to take off; there was only a little movement.

They promised 1000 Mohalla clinics but only 20% clinics have been operational, but they denied implementing Ayushman Bharat Healthcare scheme which could have helped millions of people. Whereas infrastructure is concerned, AAP’s promise of building 900 primary health centers and putting in 30,000 beds to Delhi hospitals has not been met.

Delhi people, who consume up to 200 units of electricity, won’t have to pay their electricity bills. Where as consumers of 201 – 400 units of electricity will receive approximately 50% subsidy but the facts are power cuts have increased exponentially therefore less power supply will lead to lower bills and the reality is that power has become costly than ever before.

Fixed charges, new meter security charges, service line charges and upload charges all have gathered more money from the public. AAP also failed to take any action against power distribution companies for overcharging. The entire tenure they kept on blaming Modi government for not letting them launch this scheme and now 6 months before elections they implemented the scheme just to increase their vote share. There was a promise to make Delhi’s own Power Station to meet its peak consumption of 6200MW but no action has been take on this.

According to several reports, in education sector only 5% work has started whereas AAP claimed to build 500 schools. And in terms of 20 new degree colleges they didn’t have acquire land for a single degree college in last 5 years. The performance in the higher education sector remains disgraceful. Parents are still paying heavy donation to get best education to their children. There is no regulation on fee structure of private schools and lack of transparency in admissions.

AAP promised to provide free water supply up to 20 Kiloliters to every household with DJB’s metered water connection. They promised clean drinking water but the water is so dirty and smelly and therefore causing a lot of diseases like skin allergies, stomach problems, cancer etc. There was a time when we would open any tap and can drink water without worrying for our health. But now we can’t think of using tap water for drinking and there is an additional cost of installing RO at home because of dirty water.

Only 25 buses have been provided with CCTV camera’s in public transport. No substantial work has been done on that. There are no enough street lights.

AAP has raised the issue of full state hood to cover up their failures. They blame central government’s intervention behind carrying out their scheme effectively.

Kejriwal has been unsuccessful in achieving this goal.

Kejriwal claims to stop black market operations , hoarding and hypothetical trading to reduce raising prices of fruits and vegetables but nothing has been done in regard to this. The Aam Aadmi party government also announced a solar power schemes to provide extra income to the farmers but failed to do so.

The party itself has become corrupted, therefore the question of reducing corruption has become null and void.

This is pending for Center’s approval as it doesn’t come under Delhi Government. Therefore such promises which are beyond your jurisdiction shouldn’t be made to the people of India because approval of any bill needs majority votes in Lok Sabha and Rajya Sabha.

Home delivery of important documents such as ration card, marriage certificate and driving license, but the response was not that great and it is also going to push bribery from home at public convenience. This is an unsuccessful promise.

Aam Aadmi Party government is unable to perform on this, which is at this stage is the prime importance issue prevailing in Delhi. Pollution control has been a problematic area for Kejriwal Government. Despite having eastern and western peripherals Kejriwal failed to minimize the pollution of Delhi which has become the discussion all over the world.

When Kejriwal government was not in power, he made a statement that if they come to power he will order for CAG Audit for power companies in Delhi which will lead to less electricity bills in Delhi but nothing has happened in the last five years.

Leave aside permanency all guests teachers have also been removed.

Kejriwal promised to the public of Delhi that he will install 15 lakh CCTV cameras across Delhi but not more than 1500 cameras have been installed yet while their tenure is about to over.

AAP announced that they will be building 1.5 lakh toilets in slums and JJ clusters and 50,000 toilets in public spaces, of which 1 lakh toilets will be for women. These toilets will be concentrated in public spaces and slum areas. They promised to construct Eco-toilets to save water. But the reality is that not more than 2000(75% funded by Modi’s Swach Bharat Mission) toilets have been made in their entire tenure.

There was a plan to expand bus services in the city by adding at least 5000 new buses for reducing cost of transportation. Budget will be used to give free rides to women the total expense was Rs.1200 crore but the irony is the infrastructure is poor, there are fewer and fewer buses on Delhi roads. Delhi has been short of buses throughout. In 2010-11, more buses were added for public convenience, the Delhi transport was at its peak with 6205 number of buses.

Commuting was very comfortable. But when AAP took over Delhi was left with 5445 buses. Every year this number started diminishing by around 500 buses every year. In 2016-17, the number was 4027 and in 2017-18 3842 number of buses on the road. But the demand was more than the supply therefore they couldn’t cater to the need of the general public. Delhi needs close to 11000 buses to fulfill the requirement for that more money is required, then how come such unrealistic promises are be given when they can’t even serve the existing passenger load. They are only fooling citizens of India just to accumulate more and more votes.

The AAM AADMI PARTY kept on blaming Central Government and LG last 4 and a half year for not letting them work for the betterment of Delhi people and non fulfillment of all their promises.  But now suddenly, few months before elections they are playing all their cards to be in the limelight and attract voters. The party was formed with lot of transparency but now it is all dark everywhere.

Most of the announcements sound like a “SALES ADVERTISEMENT” to attract more customers to visit their store and buy more. The latest announcement for providing free travel to women in public transport like buses and metro (DMRC refused for the same) is just a gimmick for more votes in their kitty. He will make far-fetched announcements which are far from reality and not under his power so that he can easily blame the centre for the same. Women want safety more than free rides. Do they really think they can buy us? Lure us for voting them?

Just think about it