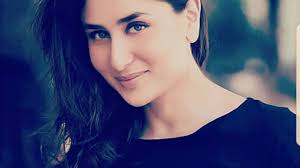 As people say, age is just a number. Here are 7 Indian actresses you won’t believe are 35 and above and are still conquering the Bollywood. They can still give other actresses run for their money. So let’s talk about those actresses.

Kareena Kapoor was born in Mumbai, she is a fourth generation of Kapoor family. She is amongst the chirpiest actress in the Bollywood. She made her acting debut in 2000 with the movie Refugee, although the movie didn’t do well but her acting skills were appreciated by everyone in the industry and with her hard work and determination she proved herself to be industry’s top rated actors. Kareena is versatile with perfect fashion sense. She is the one who shocked her fans by acquiring size zero figure. She is a very natural actress; her role in “Jab we met” was evidence enough of that.

She is one of the highest paid actresses in the Bollywood industry. She has typical Virgo characteristics as she was born on 21st Sep 1980. She is a very positive person and optimistic in her views. She brings life in a boring party and attracts everyone in her surroundings. A very emotional person and a true friend, her closest friend is Amrita Arora. She is a trend setter and can do anything to fit in any role.

Katrina Kaif was born in Hong Kong was spotted by filmmaker Kaizad Gustad at a fashion show in London. She made her acting debut with the movie Boom (2003),which was a big failure. Because of her poor Hindi and heavy British accent, she has been criticized big time. But over years with her dedication and hunger for learning she proved everyone wrong. She is vibrant and extremely attractive. People say more than her acting skills her luck has been on her side.

She is beautiful like a poet’s imagination and has a charming personality. She has a good sense of selecting scripts that is evident through her milestone super hits. She plays safe in selecting the roles. She was born on 16th July, 1983. She is a hardcore professional and very disciplined. She shares a good relationship with all biggies in the business.

Aishwarya Rai was born in Mangalore; she was the winner of the Miss World 1994 pageant. She is considered as “the most beautiful woman in the world”. She made her acting debut in 1997 with Tamil movie Iruvar and her first Hindi debut movie was “Aur Pyar Ho Gaya” that same year. She is globally recognized and is the high profile celebrity in India. She was born on 1st Nov, 1973. She is very good with her words and has attained lot of success.

She is full of life and can make friends easily. When she entered the industry, she faced a lot of criticism as back to back her movies were getting flopped. People started saying she is all looks and no skills but with her hard work and perseverance her performance got better with time. She is favorite amongst major brands and is a style icon. She is the first Indian actress to be on the jury of the Cannes International Film Festival.

Shilpa shetty was born in Mangalore on 8th June, 1975. She made her acting debut with Baazigar (1993) which was a successful movie. She has a figure to die for and is a fitness enthusiast with excellent dancing skills. She is quiet active on social media and keeps updating her health website. Her movie Life in a Metro, gave her lot of applause for her performance and amazing talented skills.

She believes in consistency and never give up approach. She is action motivated, focused, determined. People connect with her instantly. She is not just a judge on TV but also a successful business person and entrepreneur.

Tabu was born in Hyderabad on 4th Nov, 1971. She was just 10 year old when she made a small screen appearance. She has plethora of awards under her wings. Tabu debuted in bollywood with the movie Prem in the year 1987. The movie didn’t work but her acting was noticed. Tabu kept on proving her mettle as an actress be it a commercial movie or an offbeat parallel role. She did lot of experiments with her roles.

Tabu has a very strong personality and is very authoritative. She is confident and is very clear about what she wants in life. She is a closed person and is not very fond of sharing her opinion. She only wants her movies to do the talks.

Priyanka Chopra was born on 18th July, 1982 in Jameshdpur. She was the winner of the Miss World pageant 2000. Her debut bollywood movie was Hero (2003). She is amongst the few Indians who are very popular on the international platform. She is multi talented and has played diversified roles. She is very strong headed and extremely hardworking.

She is committed to an extent that few days after her marriage she was on the sets for her work related commitments. She values her family over anything else in this world, which is quite evident as you can see her mother most of the time with her. She is sensitive and affectionate. She has worked very hard to reach where she has reached today. She knows how to get her work done.

Vidya Balan was born on 1st Jan, 1979 in Kerala. She started her career from a TV serial “Hum Panch” and her first Hindi film was Parineeta. She is very talented and has done 90 advertisements in a row. She can take the entire movie on her shoulder. She is a natural actor and can do any role with lot of ease. She is also addressed as, the queen of Challenging roles. She was once addressed as jinxed in the south film industry but she fought all the odds and made a name of herself with her exceptional acting power.

She loves to read and observe people around. Her wisdom is quiet noticeable. She believes in herself and her craft. She has a natural leadership quality and is very assertive in her talks. She is not scared to experiment and follows are instincts.

So, if you are ageing always remember

“AGE IS JUST A NUMBER”