Gaali in Hindustan is not an abuse, it is an emotion “Mann ke Real Bhaav” bina gaali diye aate hee nahi (Real feelings of mind do not come without abusing). Almost everyone abuses, some say it in the face and some speaks in. It is a routine to use gaaliyann (abuses) while interacting with friends be it India or other countries. Gaaliyan (Abuses) has become part and parcel of our everyday life and shouldn’t be taken so utterly. People have become so habitual of telling them, that they use it in almost every situation without even realizing they are abusing. It is not used to disrespect friends, but to depict your excitement or stress in a situation where they are stuck or in a fix. They are harmless unless someone is involved in a fight.

Gaalis like chutiye, bakchodi, gaandu etc are casually slipped from our tongue in almost every conversation especially while messaging on whatsapp. They have become way too typical and ordinary. In fact, we netizens are very thrilled of our hinglish, a mix of Hindi and English language, they are famous for using different kinds of Indian abuses. We come across new gaali’s often on a daily basis, thanks to the generation Z who are enlightening our dictionary and increasing our word power. Everyone on this earth, have used gaalis at least once in their lifetime. Well, most of you perhaps already know the top popular abuses in Hindi, here is the list of 10 famous gaali’s which you have heard often:

Chutiya implies nothing but a bewkoof i.e. fool or a douchebag, it is used commonly by almost every Indian. There are 3 categories of Chutiya:  one is just chutiya (a fool), chaman chutiya and akhand chutiya. It is the all-time favorite gaali because of its versatility.

Gandu simply means an asshole, it is difficult to explain the literal meaning in Hindi. Even people club two gaalis (abuses) together like “bhenchod gandu”. What a combination????

It is one of the most popular gaali and a favorite one of Indians especially in saadi (our) Delhi and Punjab. It can be said in a variety of expressions and most of the time the D remains silent i.e. “Bhencho”. The literal meaning is Sisterfucker and people don’t go by the meaning, it is used as a slang often.

This particular abuse is taken offensively as the literal meaning is Motherfucker. It is generally used when the person has lost his temper over some serious matter.

This abuse is very popular in Bihar. The meaning of this abuse is an idiot. “Bakchodi or bakarchodi mat kar”, is used normally.

The actual meaning of this word has its share of controversy which means bastard. Some people even call a person Kamina or kamini if they are too much flirtatious and casual dating.

This word sounds very vulgar and is commonly used among friends. The English version of this word is “Fucker”, which is considered to be quiet cool, but if someone abuses in Hindi i.e Chodu, the word become offensive and cheap.

The literal meaning of this word is “Born from a Rotten Pussy”, which is quite rude and belligerent.  People often get into a fight over this word.

The meaning of this work is “dick”, it is addressed, to someone who thinks from his dick than his brain. The female version is known as lodi. It is often attached to popular slangs like Behen ki lodi/lodey – sister’s dick or Maa ki lodi/ lodey – Mother’s dick.

The exact meaning is your mother’s vagina; it is addressed, to someone who is behaving like an asshole or irking the other person. But it is better to avoid using this abuse as it gets very offensive and unpleasant. It is also used like an image below. 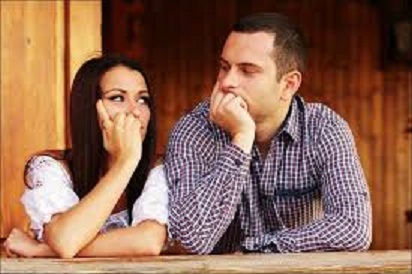 6 thoughts on “11 Common Indian Gaalis and Their Actual Meaning” 5 Healthy Habits that can Backfire